The East German ORWO products have long appealed to more old fashioned photographers. I shot ORWO black and white films occasionally, when they were still being made and used their photo paper regularly. ORWO paper was actually made of paper, or cardboard, at a point when most modern photo papers were made of some form of plastic or at least resin coated. To those photographers with a bit of a Luddite streak the traditional paper just looked nicer.Of course back in the 1980s, digital cameras were experimental technology. Multigrade paper was considered modern and real photographers argued that autofocus was just a fad that would never catch on. ORWO films then were just one of many black and white films, not seen as anything special, and not that widely available in Western Germany. The ORWO company still exists and apparently still manufactures speciality films. I just haven’t seen new ORWO film in a while. I did get my hands on some expired film though: a 120 roll of ORWO NP22, an ISO 125 film which expired in July 1990. I had no idea how the film had been stored before and no idea how it should be developed. Even though, it seemed just right for the #CameraChallenge. 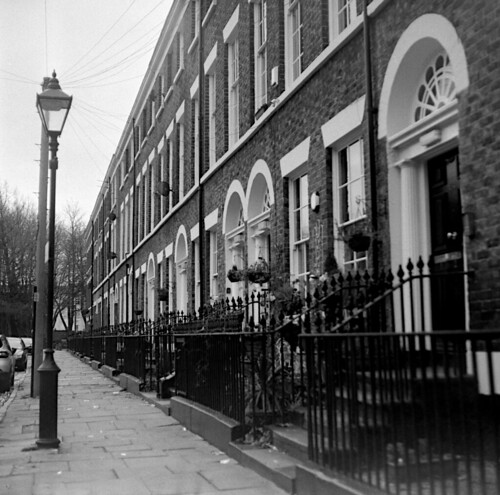 The film was still in its undamaged aluminium wrapper. The box even contained an instruction sheet, looking similar to the ones you get with Aspirin packs, explaining the sunny 16 rule and sporting the strange print colours I have only ever seen in eastern block countries. I loaded it into a Pentacon Six, matching up an east German camera with an east German film, and exposed each motive at ISO 100 and ISO 12, allowing for the usual extra stop per decade. 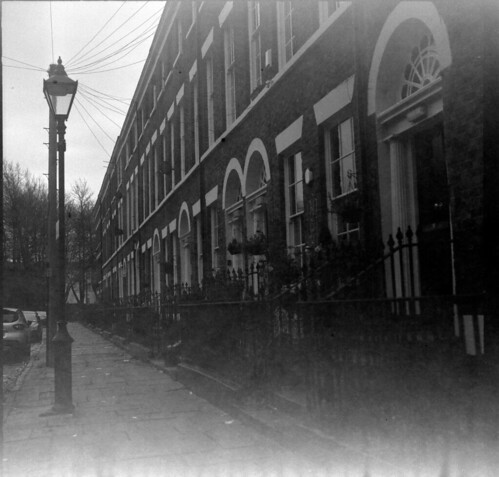 The overexposure turned out to be sorely needed. Having no idea how to develop, I opted for HC110 and 1 hour stand development in dilution G (1:119 from HC-110 syrup) with ten inversions at the beginning, then one inversion every 20 minutes. The results were not very sharp and with hindsight, Rodinal may have been a better choice. 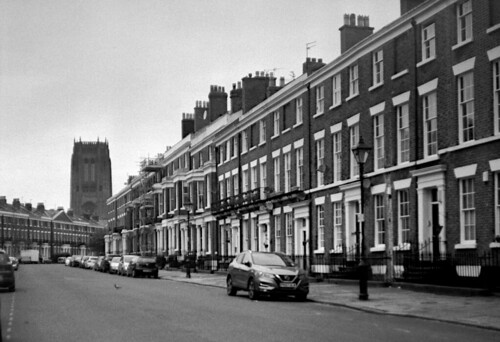 The frames shot at box speed were consistently a lot worse than those with three stops added. There also appears to be some light leaking in from the sides. I don’t normally have this problem with the camera, but the backing paper – like the ORWO photo paper – was actually just paper, no wax or other covering. At thirty years of age, it seemed a bit brittle and may have let some light in. This defect is much more notable in the otherwise low contrast shots taken at box speed.

This was the first time I shot such long expired film. I got results, but overexposing was really necessary. Many shots were taken with the lens wide open, given the low remaining speed, and – aside from switching to Rodinal in such cases – I should really have brought a tripod. 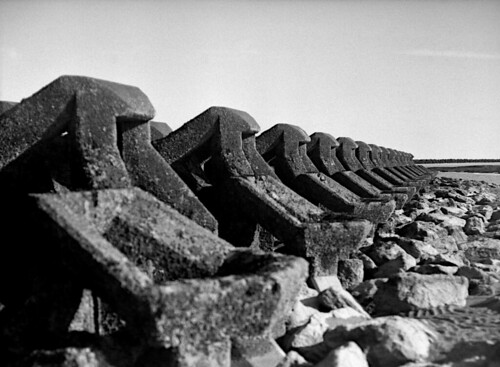 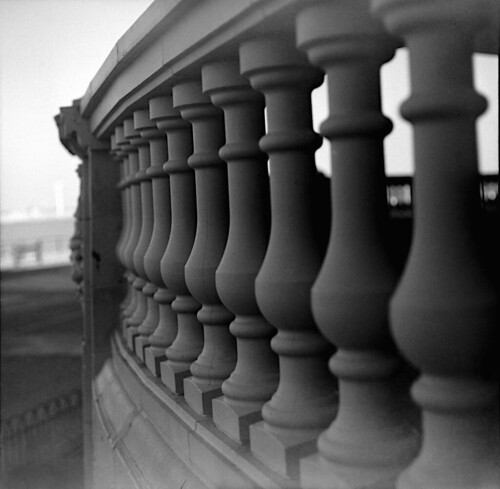