Following on from the two crappy cameras at the last #ShittyCameraChallenge, I moved on to a fixed focus point and shoot for the October edition. The Goldline Presto N is a point and shoot with built in flash, fixed focus, fixed shutter speed and fixed aperture.

In fact, it very much works like the disposable cameras currently on sale: along with the overall primitive set-up, the flash fires whenever the shutter is pressed.
Unlike in the case of disposable cameras, the battery can be removed and an ordinary film cartridge has to be inserted. The shutter can only be triggered once a protective cover is slid away from the lens, and the film is advanced manually via a cogged wheel. 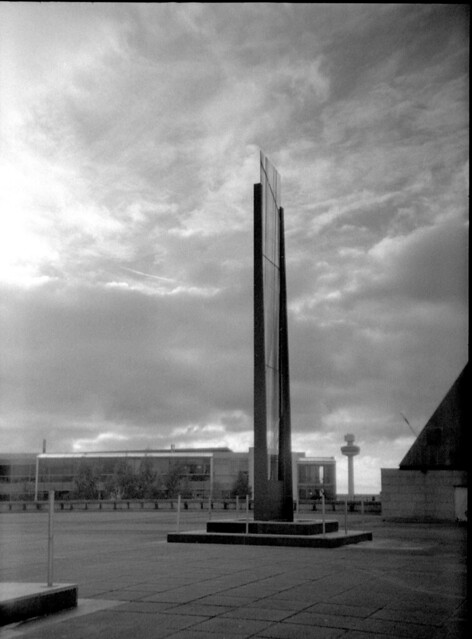 This design has some advantages over the more primitive autofocus designs: the lens barrel doesn’t move, so it is in principle possible to place a filter or lens hood in front of the lens. The flash – while not designed to be disabled – can be put out of its misery by simply removing the battery. 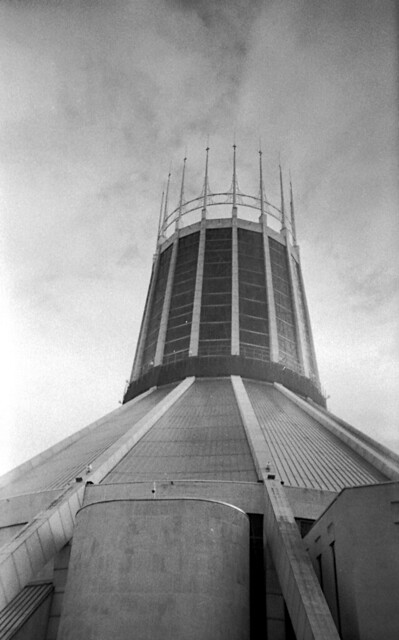 The lens itself is not worthy of praise of course. I have no formal specifications, but would guess it is a 35 mm lens with a fixed apperture of around f11 and a likely shutter speed of around 1/60 of a second. This configuration results in a hyperfocal range from around 2m (6 ft) to infinity, within which it should yield acceptably sharp images –by the standards of the lens. 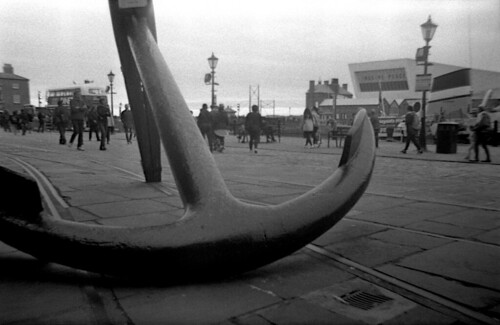 I decided to shoot without flash. This and the inability to adjust exposure, meant that any compensation had to rely on a fairly tolerant film (Ilford HP5+) and compensation during development: in this case a one hour stand development with 7ml Rodinal in a 500ml solution with four inversions initially and one further inversion after 30 minutes. This process gives a lot of exposure latitude, at the expense of some image quality. 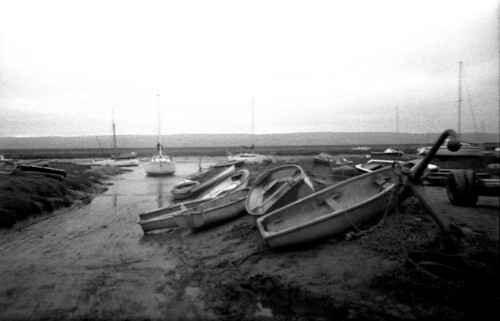 With all this, the results were still rather modest. The cheap lens delivers low contrast images which are not very sharp. Contrast can of course be increased in post, but sharpness remains limited. There is also a pronounced fall-off in focus towards the edge of the lens (clearly visible at the top of the Chimney in the photograph of the boat and pump house the Albert Dock). 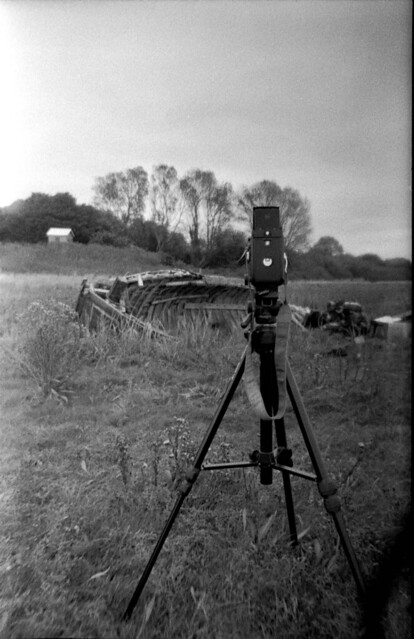 On the other hand, the ability to use filters clearly helped. Both the shot of the cathedral and of the stained glass column on the Cathedral platform were done with a hand held red-filter. All in all then, this experience confirms my conclusion from the previous shitty camera challenge: when it comes to cheap cameras, avoid all automation; bringing the flash into these outdoor exposures would not have helped, but might have done some harm.