One of the latest newly marketed films to debut in 2021 is New Classic EZ400. I write newly marketed because it is a repackaged version of an established film. This is obvious: a youtuber launching his own film is hardly likely to built his own film plant and R&D department in the background. Its creator, Ribsy, is quite open about it too, although he doesn’t reveal what film it is. Most think it is Foma 400 and I doubt it is de-saturated Portra.

The developing times are very close to those given for Foma 400 in the Massive Development Chart and the promised classic & grainy look would fit that profile as well. I will therefore assume I am using re-branded Foma 400, a film that is well established but new to me.

The two rolls I ordered arrived quickly, in their trade mark cardboard containers. I took some shots in and around Liverpool as usual as well as some inside the Williamson Art Gallery on the Wirral. I put both rolls through a Canon EOS 30 – one of their later analogue cameras – and developed both in HC110, dilution B for 6.5 minutes.

The results are grainy, as expected, but could be sharper. HC110 is just perfect for some films (like HP5+) but I would probably try another developer for this film next time. Other than this, the film looks nice enough.

This does of course raise the question, why anyone should buy re-branded film at a mark-up. Some may consciously do it to support a content creator. The unique selling point for EZ400 is its green credentials: the film canister can be recycled. In principle, the plastic ones can be too, but plastic has a bad reputation.

Another peculiarity of EZ400 is the absence of DX coding. This is no real problem with most cameras, where the ISO can be entered manually or has to be set manually in any case. It may be one in basic point and shoot cameras, taking some by surprise.

The sustainable packaging then is a key feature and much will depend on how much it is valued. I have to confess that I don’t want plastic film containers to disappear. I value them when storing film in the fridge and use larger plastic containers for 120 film and sheet film. They are useful to protect the film on the move and, in some measure, these containers can be reused elsewhere: there is some demand for small, lightweight, water resistant storage.

Most importantly: my cat prefers to chase plastic containers over cardboard. Since cats rule the world, a decision has thus been made. I hope that cardboard wrapped and plastic packaged films can peacefully coexist, but I don’t long for a paradigm shift.

Not all commie cameras are crappy. I sung the praises of the Pentacon Six before and the Moskva 5 was a well featured camera for its time.

The Zorki 1, or at least my Zorki 1, is crappy indeed, if only because it didn’t age well. It’s industar lens is visibly wonky and the movement in the shutter curtain is uneven to the point where part of the frame often looks overexposed.

It is also a bottom feeding model, needing a Leica cut to the film leader –not a crappy feature in itself, but a decidedly old fashioned way of doing things.

Nevertheless, it yielded enough results to move beyond a twitter post. The first usable frame on the role is of a row of trees by the side of a road. The road is not very pretty, and neither is this edge of the forest in real life, but it looks good on photo. I like the softish focus from these older lenses which isn’t quite blurry and more subtle than what is obtained from soft focus filters.

Most of the other shots were taken at the sea by New Brighton -usually a good place. In some of them, the uneven exposure actually works or is not noticeable.

I also tried a long exposure at night. This gave me a well defined flare (I have no hood for this lens) and little else.

To nobody’s surprise the camera revealed its flaws and limitations. And yet, even a beat up 70 year old camera from a line of products with deserved reputation for poor quality control can on average perform adequately. Not a perfect result, but better than the régime that oversaw its production.

When I was a lad, there was no such things as google earth, the internet and digital photography were experimental technologies. Accordingly, there was a market for picture postcards.

Before I was a lad, there must have been a market for even more and even cruder photo products. I assume so because, some time ago, I bought a set of 12 old souvenir photos from Berlin.

These seem to be actual dark room prints in a 6x9cm (2.4″x3.5″) format -suggesting they may have been simple contact prints from this size. They have small legend texts in the lower left hand corner which could easily have been added by writing on the negative or -more likely- by placing a transparent layer bearing the text on them.

The can be dated to the inter-war period from the content: the picture of Potsdamer Platz shows the traffic platform, an early attempt at building a traffic signal, although this things apparently was manned.

There are few other giveaways. One object the photographer seems to have been keen on where the relatively modern double decker buses seen in some shots. We no he was keen, because they have been added in post production.

This is most obvious in the vista of the old museum where several cars and a double decker bus appear literally cut and pasted onto the negative. The perspective doesn’t quite match, and the cut lines are clearly visible.

It is less blatant, but still discernible with the bus on the victory column roundabout and on Potsdamer Platz. Look carefully and you can see the cut lines on the asphalt.

This is hardly the first example of analogue cut and paste but, to me at least, one of the more obscure ones. Stalin’s motives were clear enough. About those of the unknown photographer we can only speculate.

I am not normally a fan of heavily tone mapped HDR, but there are times when I am willing to resort to it. It is a quick and dirty way to brush up old, washed out slides. I used Affinity photo to process scans at three different brightness levels and toned down the micro-contrast somewhat from the default setting.

This is a busy time of year for me, so I just about found time to trawl through some more old shots that fit this category. The two street scenes in Moscow are in the same slide set as the older photograph above, but I didn’t pay any attention to them so far. They just looked like opening salvoes on a roll of film at the time.

Looking back, they appear more meaningful, if only because they are snapshots of a time and a place which in this form no longer exists.

Those who developed their own black and white films in the last century are bound to be familiar with Ilford’s signature products.

So much so that some of them barely get noticed. Maybe this is the motive for the FP4 parties recurring among the twitter analogue photography community.

It works for me. For really fine grain, there are slower films, for maximal versatility, there’s HP5 and then there are high speed T-grain offerings …

I didn’t get round to much in April, but at least the FP4 party got me shooting again. I post some shots from this year, and an earlier occasion in 2018.

The last year offered few opportunities for photography, but it offered some. These opportunities were eerie, sometimes depressing but at least they were there, interrupting the monotony centrally planned withdrawal from public space.

Over this period, I shot a roll of Tmax P3200 at ISO1600 in an old Canon FTb. Roaming the streets like Omega man at least came with the unusual attraction of seeing the inner city like a still life, unusually quiet in daylight.

There are some shots in near empty shops when the lock down was relaxed somewhat and some from a sparsely populated gallery.

All in all, the lock-downs left a strange impression. An unusual, strangely tempting photographic backdrop on the one hand coupled with an unsettling sense of foreboding with what the aftermath will bring.

Birkenhead park had more squirrels than joggers while the lock-down was first eased. In time, it will fill again but the empty pubs and shops may not.

I don’t think anybody knows what will happen next, but something tells me this will not end well. At least my Ilfotech-DDX didn’t go off -things could always be worse …

A brief look at a bang for buck wide angle lens

The Yongnuo YN35mm f2 is a budget 35mm lens that comes with a number of lens mounts. It weighs a mere 300g focuses from 0.25m, has mechanical manual focus and, unlike some low end Canon lenses, END_OF_DOCUMENT_TOKEN_TO_BE_REPLACED

Currently sifting through old digital shots and, compared to my film archives, there surprisingly little of interest. 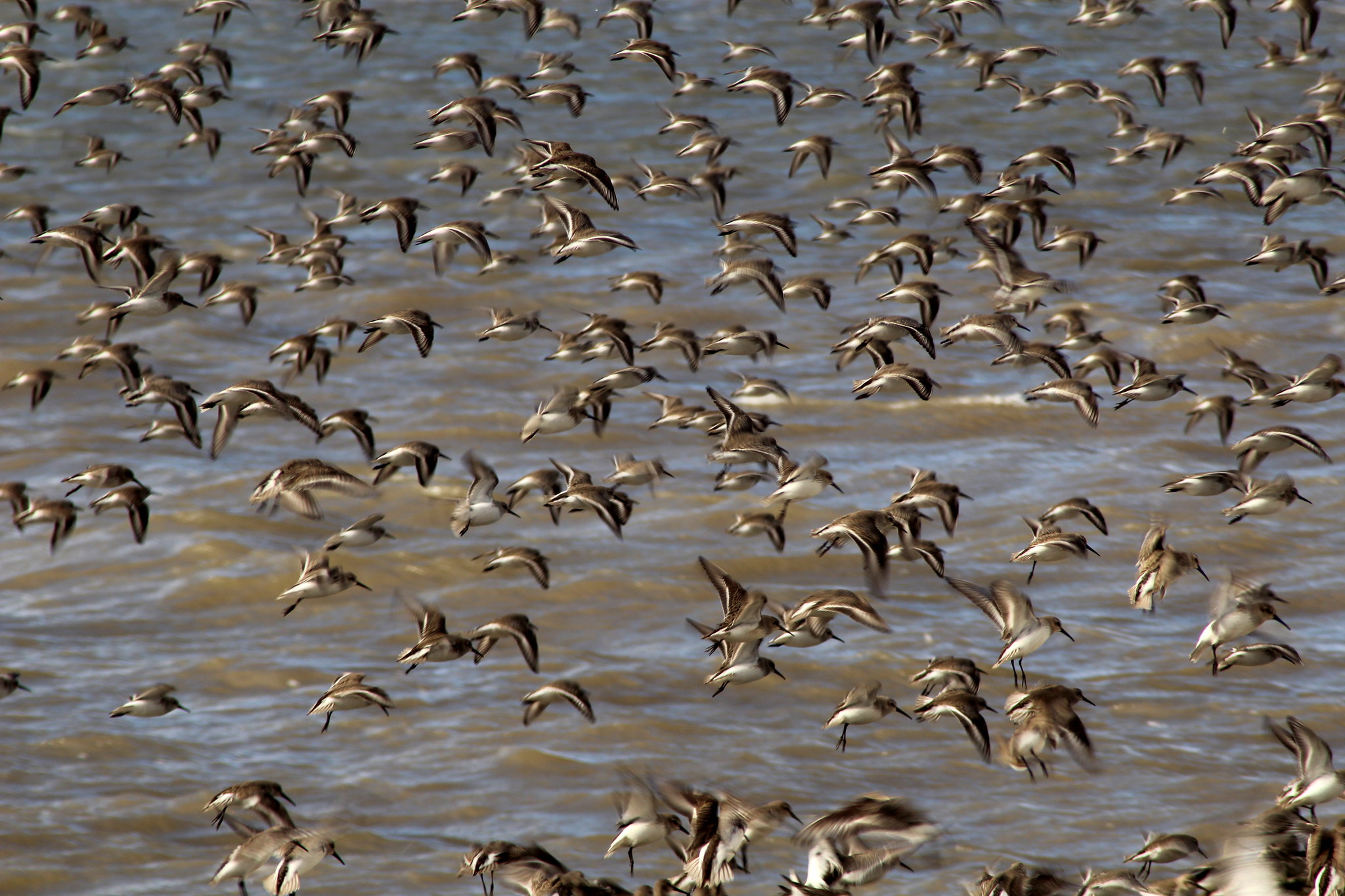 No obvious reason why this should be, maybe it’s just to fleeting …. This one was taken with an entry level body (Canon EOS 1200D) and a cheap 70-300 mm zoom.

That box of old negatives kept me entertained during lock down. For this post, I scanned from two rolls the old man shot at a Vietnam War protest in West Berlin in 1968.

This march is quite a well known and END_OF_DOCUMENT_TOKEN_TO_BE_REPLACED 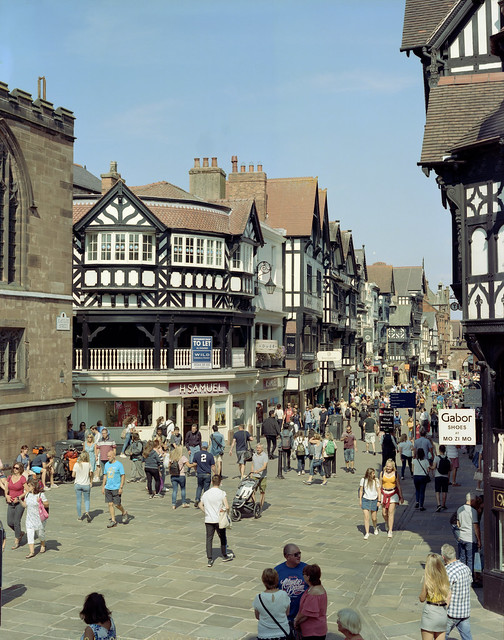 Which  is why I leave this street scene from Chester here. I took this about two years ago on an old Graflex on 4×5 Portra. Unfortunately, the shot had to be framed to keep some unsightly construction works out of the frame.